The AGM & Annual Lecture was very successful again this year. Eighteen members plus seven guests attended the AGM, while seventeen members plus fifteen guests attended the buffet and lecture. Six Committee members also attended and rendered valuable assistance. The total number of attendees for the Lecture was 32 (cf. 37, 2018; 47, 2017; 49, 2016). The business of the AGM was covered in half an hour, since the documentation had been sent out to members in advance and hence reports were able to be summarised more succinctly. The buffet was supplied by Boldon Farmhouse Pantry, as usual, and the wines by Michael Jobling. Professor Tony Badger, former lecturer in the History Department of Newcastle University (1971 to 1991), Paul Mellon Professor of American History at Cambridge and Master of Clare College until 2014, and currently Professor of American History at Northumbria University in Newcastle upon Tyne, gave an excellent lecture on ‘The Kennedys and The Gores’ and this was followed by lively questions, and a vote of thanks from Professor Ian Fells. 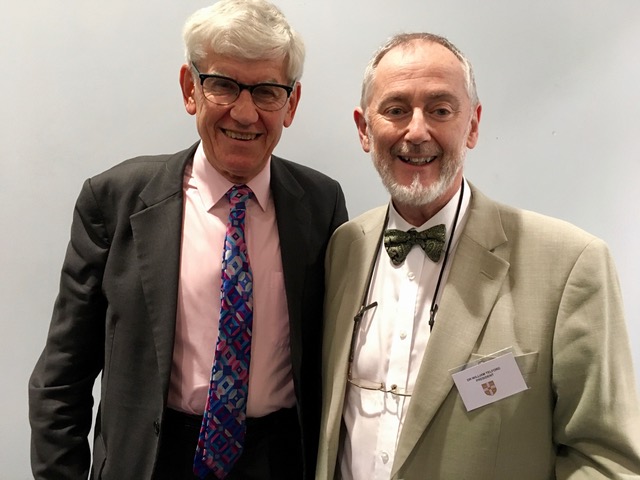 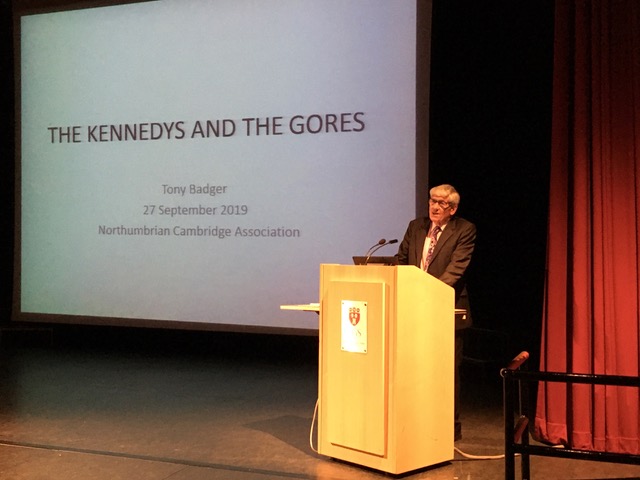 In a country that prides itself on its egalitarianism and its democracy, it is perhaps surprising that family dynasties are so prominent in its national politics - the Kennedys, the Bushes, the Clintons.

Albert Gore Sr was a prominent senator in the 1950s and 1960s. His son was in due course elected to the Senate as well, then to the vice-presidency, and finally was the unsuccessful Democratic candidate for the presidency in 2000. Gore Sr was elected to the Senate at the same time as JFK and their families were friends. Their close political friendship survived Gore wrecking JFK's chances of winning the vice-presidential party nomination in 1956.  Gore's remorseless opposition to the Kennedy tax cut also led to the President describing him as a son of a bitch. Gore and Bobby Kennedy were allied both on social spending programmes and the Vietnam War. When RFK was assassinated, Gore hoped that Ted Kennedy would run for the presidency in 1968. At great political cost he supported Ted Kennedy's drive to oppose Nixon's southern nominations to the Supreme Court. Gore's son and Ted Kennedy served in the Senate together and both had presidential ambitions.

In the 1980s both had different visions of how the national Democrats could win. Those differences continued into the Clinton presidency and the 2000 election. The lecture examines these friendships and tensions over fifty years to illustrate the changing nature and fortunes of the Democratic Party.